Uniting a fan base.

How we have continually built a rallying cry for Big Blue Nation and Kentucky football.

Fans are tribal by nature. We all want to be part of something bigger than our individual selves. It’s evident in our dedication to sports teams, where we feel an emotional connection to our fellow fan. And you won’t find many fan bases as dedicated as Big Blue Nation.

How do you create a groundswell so powerful that fans carry the message, steering the conversation in a way that’s on-brand and actionable? You speak in the language of your fans. You align with the leaders of your program. Not just a shiny campaign, but a movement. A battle cry that’s honest and relevant to the moment in the program—one that can transcend into a shared identity between the team and the fans.

Our work has evolved from crafting a simple statement that has remained a signature sideline chant for over a decade (“Go Big Blue”), to building a first-of-its-kind digital fan hub (#WEAREUK) that converted Big Blue Nation’s social comments into real-life outdoor displays and posters.

In the Coach Stoops era, our message has been delivered directly from the general himself, energizing the fan base and setting the tone for the season. It’s injected resilience and swagger into the program with a statement that’s as powerful in a regional Super Bowl spot as it is in a banner spanning the width of the student section (“Why Not”). It’s meant giving our message historical significance, rallying the program to “Make a Stand” as we honor the pioneering former UK players that integrated football in the SEC.

Staying entrenched in the state of the program has allowed us to continue stoking enthusiasm among the BBN “tribe,” contributing to a new culture surrounding Kentucky football. 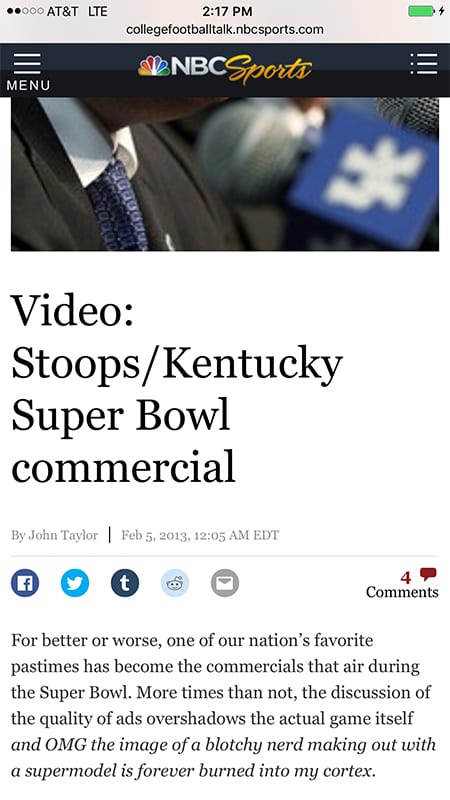 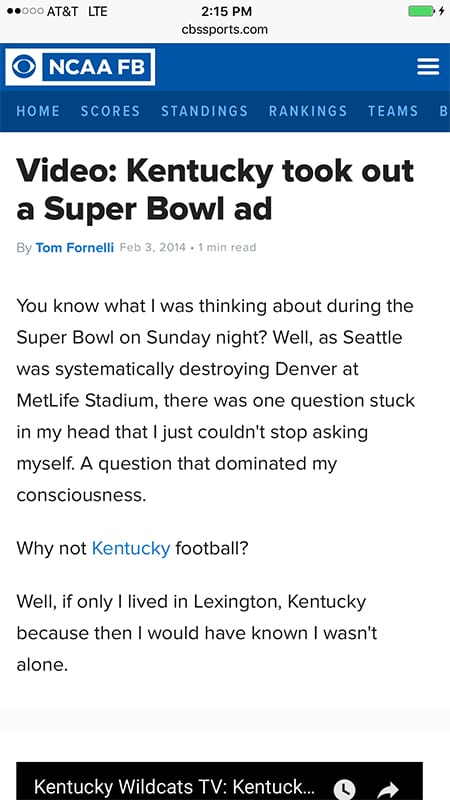 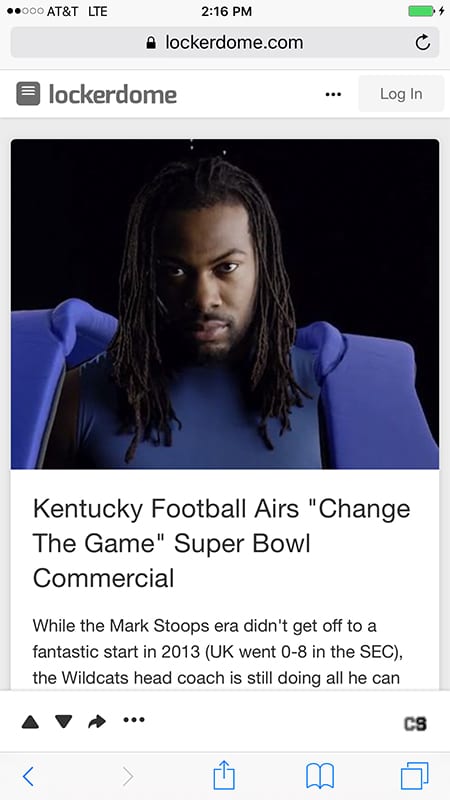 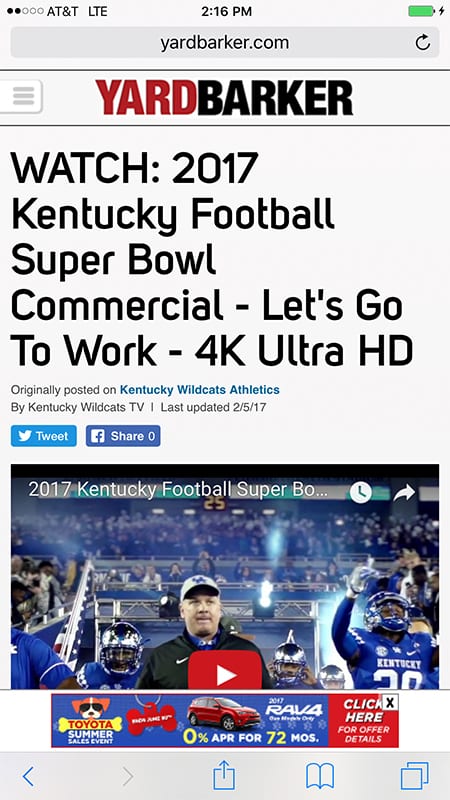 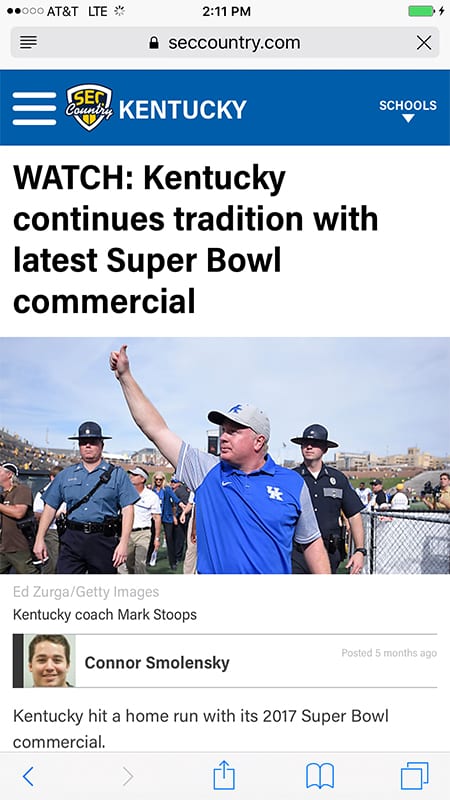 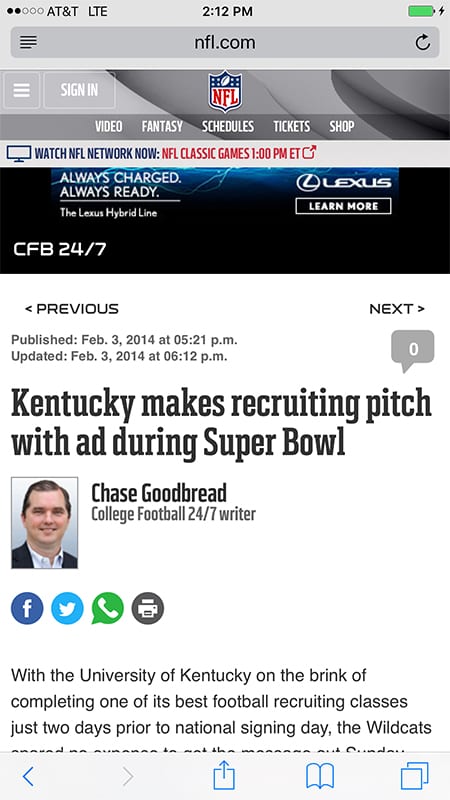 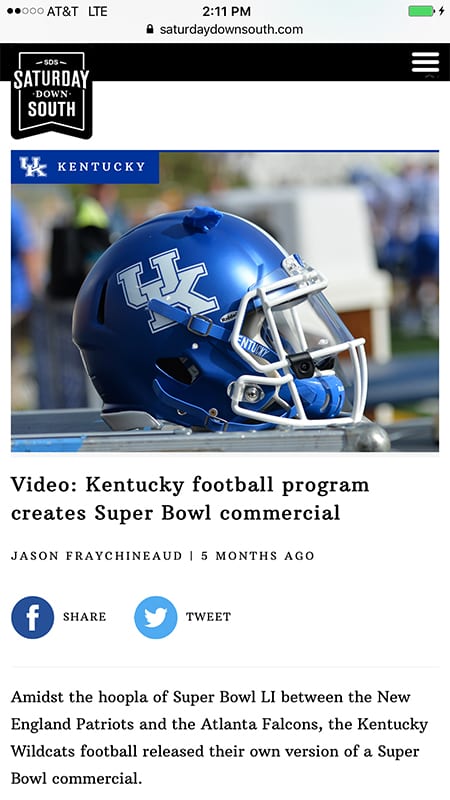 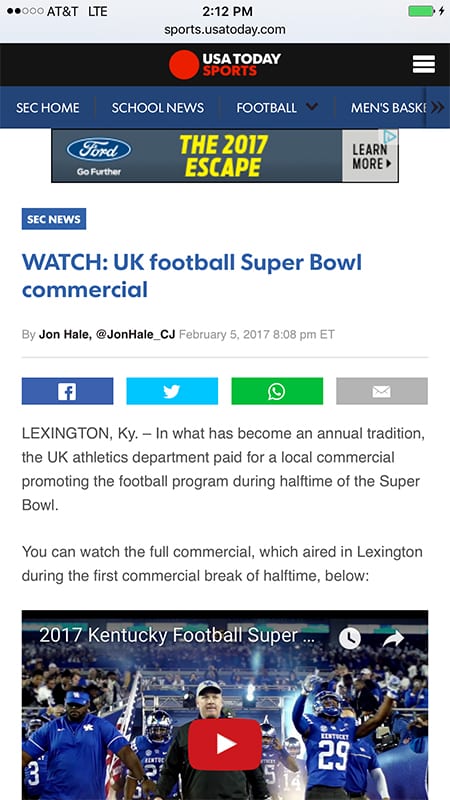 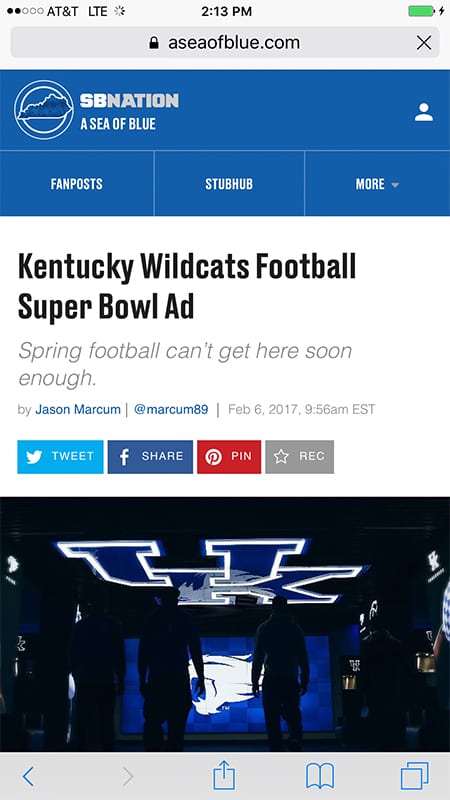 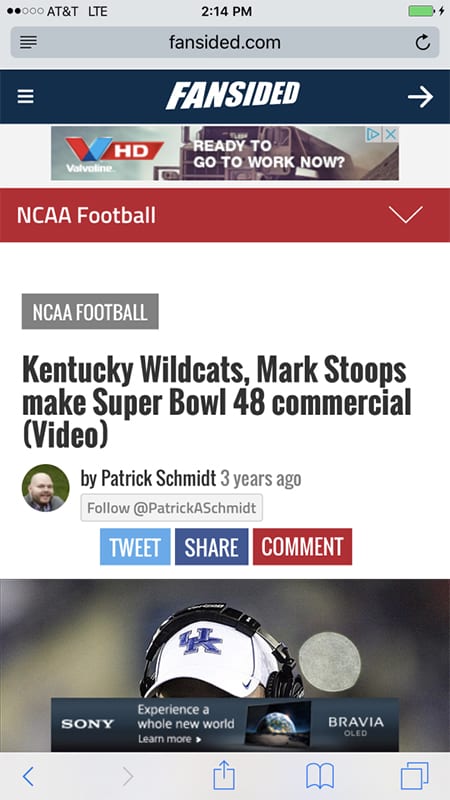 “Psychology is such an integral part of sports, both from an athlete and fan perspective. All successful sports teams have a clear identity, an ethos and way of carrying themselves. When your fan base identifies with that and buys in to the cause, that’s when you start to have something special. But the results aren’t always going to be there, and sports fans aren’t often known for their patience. So what we’ve always tried to do is represent the program authentically, delivering a message that both encapsulates the state of the program and rallies the troops.

Coach Stoops has done an incredible job of maintaining a consistent message to his team and to Big Blue Nation. We’ve embraced his message and found many ways to distill it into something simple that fans can live. It’s not about hype. It’s about identity.”

Up next:
Celebrating world-class racing.

How we’ve kept tradition alive and well in the Bluegrass.

What’s keeping you up at night?

Tell us about it.